Man Arrested For Attempting To Lure A Minor For Sex

MAN ARRESTED FOR ATTEMPTING TO LURE A MINOR FOR SEX 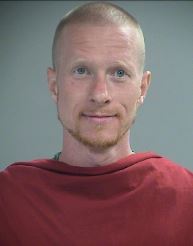 The continuing investigation into the actions of Benjamin Harvey has resulted in the Jackson County Grand Jury authorizing the additional charge of Encouraging Child Sex Abuse in the 2nd degree. This charge was authorized after he was discovered to be in possession of child pornography. The investigation into Harvey continues and additional charges will be brought as more evidence is discovered. Anyone with additional information about Harvey’s actions is encouraged to contact the Ashland Police Department.

On June 30, 2020 Detectives from the Ashland Police Department arrested Benjamin Harvey, 32, an Ashland resident, on charges of  Luring a Minor and Purchasing Sex From a Minor. The arrest resulted from APD being notified that Harvey had reached out to an underage member of the community and offered money in exchange for sex. The victim reported the information to the APD.

APD wants to hear from any other community members that have been contacted by Harvey with similar illegal requests or any other concerns. Harvey remains in the Jackson County Jail as of Tuesday afternoon.