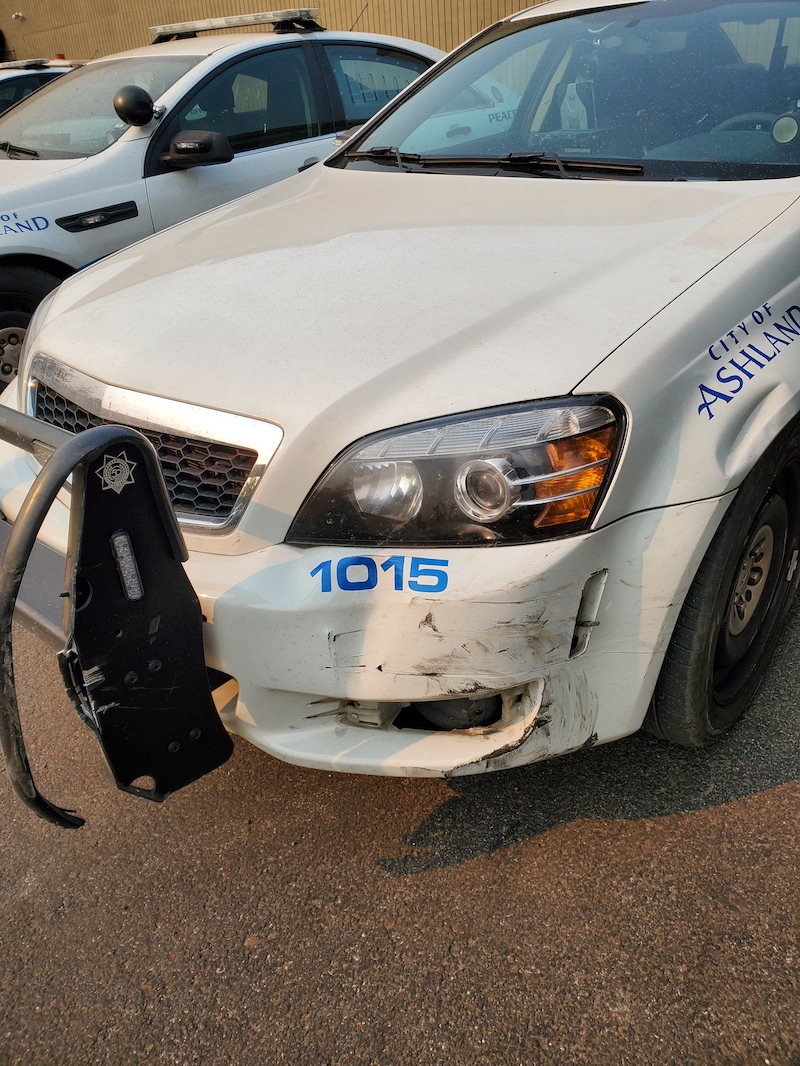 At approximately 7:00 a.m. on Wednesday September 8, 2021 Siskiyou County Sheriff's deputies arrested Ackley on charges they are bringing, and on behalf of the Ashland Police Department as noted below. Ackley remains in jail in Siskiyou County pending their charges and extradition to Oregon to face charges in Jackson County.

On Tuesday September 7, 2021 at approximately 10:00 p.m. Ackley approached a man in the parking lot of the Ashland Safeway. Without warning Ackley attempted to stab the man with a knife but did not succeed. Ackley fled the scene in a vehicle as officers responded to the area.

APD officers located the vehicle a short time later and attempted to stop the vehicle, the vehicle fled to the area of southbound I-5 near exit 11, where it attempted to drive northbound on I-5 in the southbound lanes of traffic. Realizing the extreme danger this would pose to other drivers an Ashland police officer used his patrol car to ram the suspect vehicle, not allowing it to  continue northbound. The suspect vehicle exited the freeway via an adjacent nearby country road and officers could not locate it further.

While officers were trying to find the suspect vehicle, Ackley entered onto nearby private property and stole a pickup truck. During the commission of the theft of this truck Ackley attempted to run over the owner of the truck.

Ackley was later arrested in Siskiyou County, as noted above.

During this event the Ashland Police Department was assisted by the Jackson County Sheriff's Office, the Talent Police as well as the Oregon State Police and, as mentioned above, the Siskiyou County Sheriffs Office.