Two Week Freeze until December 2 for all of Oregon is in effect. Get more updates, cancelations, and resources related to the Coronavirus (COVID-19) pandemic here.

The Ashland Parks Foundation recently received a $1.3 million gift earmarked to create an 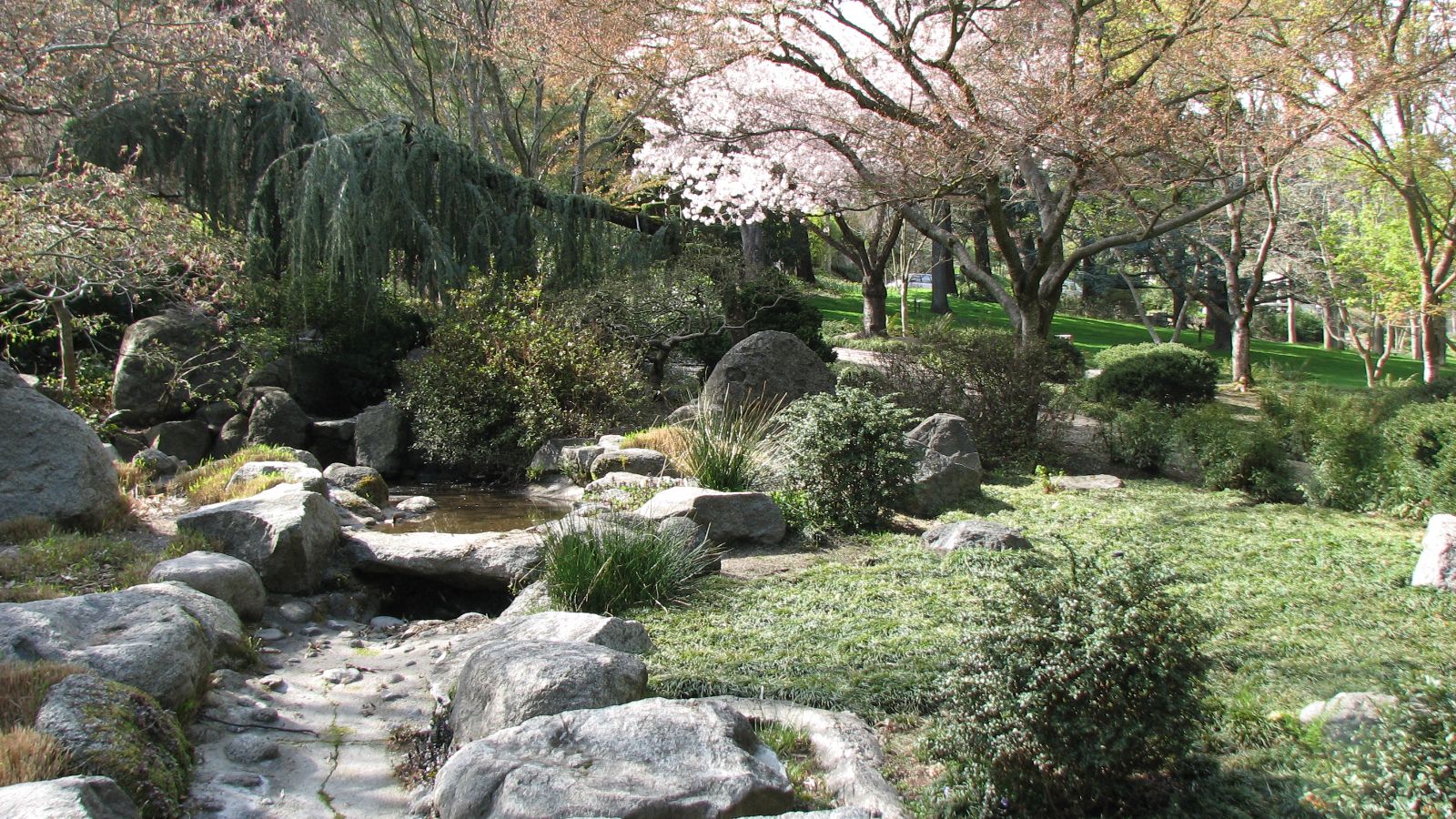 authentic Japanese Garden in Lithia Park. Jeff Mangin and the Marechal family of Normandy, France have donated the funds in remembrance of Jeff’s wife, Beatrice Marechal, who passed away a few years ago.

A few of the core garden needs identified in the project include creating a truly authentic Japanese Garden that is respectful of the history and culture of this unique garden form and making the garden ADA accessible. The current garden is referred to as Japanese-style, and both Jeff and Michael A. Black, Director of Ashland Parks and Recreation Commission (APRC), recognize the importance of creating an authentic Japanese Garden true to the aesthetics and philosophy of traditional design.

To do that, they have consulted with Japanese-American residents of Ashland, and hired Toru Tanaka, founder and president of Portland Landscape Design and Japanese Garden Specialty. Toru was trained in Japan and has more than 35 years of experience. He also served as the director of Portland’s Japanese Garden from 1988-1991.

Jeff said the process has taken a bit longer than he expected in part because MIG, Inc., who is leading APRC's selected team of consultants, is doing a Lithia Park Master Plan for the next 100 years. “I wanted to be sure that the Garden dove-tailed with the Plan, and it does, so we are ready to move ahead with next steps.”

Foundation President Katharine Cato says the five-member board, which includes Jeff Mangin, is very supportive of the project. “This project underscores Ashland Parks Foundation’s mission to enhance Ashland’s quality of life by financially supporting its parks system,” she said. “We are grateful for the generous investment and effort to elevate the Japanese Garden in Lithia Park and look forward to the amazing beauty it will provide.”

Two public meetings are planned to gather feedback from the community. Michael will lead the meetings, to be held on August 1 and 9 from 6 to 8 p.m. The August 1 meeting will be held at the Ashland Senior Center, 1699 Homes Ave; the August 9 meeting will be held at the Ashland Community Center, 59 Winburn Way. Michael and others will present what they hope to accomplish and hear feedback from the public. The second meeting will present the feedback distilled to five or six goals. It is possible that Toru Tanaka may be able to attend the second meeting and possibly present a conceptual plan based on his interpretation of goals, but Michael is uncertain if that will occur.

To learn more about the Ashland Parks Foundation, visit AshlandParksFoundation.com.