Alert: As of July 15, face masks will be required in outdoor public spaces where physical distancing is not possible. This is in addition to masks being required for all indoor public spaces effective July 1. Get more updates, cancelations, and resources related to the Coronavirus (COVID-19) here. 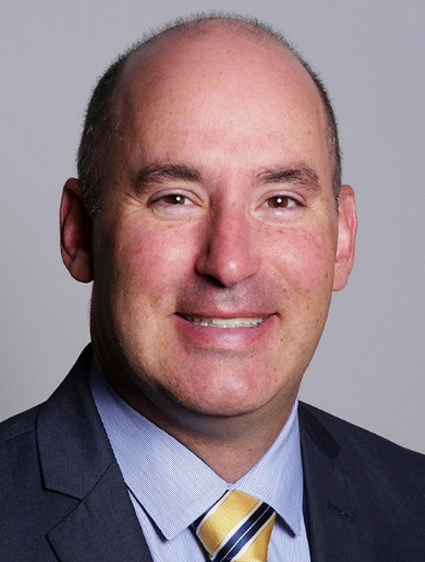 Rich Rosenthal has served on the Ashland City Council since January 2013 after 10 years on the Parks and Recreation Commission.

Rosenthal served as the chair of the Climate and Energy Action Plan Ad-Hoc Committee that helped develop Ashland's ambitious climate recovery plan.  He is the Council Liaison to the Historic Commission and the Rogue Valley Metropolitan Planning Organization Policy Committee.

As a three-term Ashland Parks and Recreation Commissioner from 2002-12, he spearheaded progressive causes that made Ashland a better and environmentally safer place, including the popular community gardening program and the elimination of pesticide use in select neighborhood parks. He also initiated successful motions to ban smoking in all city parks and to allow leashed dogs in neighborhood parks for the first time in decades.

Rosenthal is employed by the City of Medford Parks, Recreation and Facilities Managment Department where he has administered unprecedented expansion of community recreation programs and services. He was named the department's director in September 2016 after 10 years of progressively responsible roles. Rosenthal's managment skills have helped produce consecutive years of recrd-setting recreation participation and revenue totals.  His background incluldes facility management for U.S. Cellular Community Park (the largest synthetic-grass sports park in the U.S.) and th Santo community Center Complex.

Rosenthal had a wide-ranging and innovative full-time role in the Southern Oregon University’s athletic department. As the school’s sports information director from 1994 until 2006, Raider sports publications won 24 national awards. In addition to tirelessly promoting SOU, its intercollegiate teams and student-athletes during an enormously successful era, he was also a key operative in record-setting athletics scholarship fund-raising campaigns.

In keeping with a family tradition of civic service and volunteerism, he remains involved at SOU in a volunteer capacity. He served on the Ashland Parks Foundation board and on the Ashland Youth Activities Levy committee. In 2014, he co-founded the Sister City Classic youth baseball exchange program with the Guanajuato, Mexico Little League.

The Casper, Wyo. native earned a bachelor’s degree in mass communications with an emphasis in journalism from Linfield College in McMinnville, Ore., and he completed the Master in Management program at Southern Oregon University in 2006. His master’s capstone was a comprehensive market analysis and marketing plan for Oak Knoll Golf Course.

Prior to his arrival at SOU in 1994, he served as an intern in the U.S. Senate for longtime Wyoming senator Alan K. Simpson.

In Aug. 2013, Rosenthal helped set a Guinness World Record by participating in the longest Wiffle Ball game ever played. He resides on Rose Lane near Garfield Park with his son, Jackson, who attends Ashland public schools.